Today was so exciting as is was the first of our two Auckland shoots. We took a wee team photo (which doesn’t include the incredible Ariana and Michele). The people you see here above  (plus Ariana and Michele) made up the entire core crew of the movie. 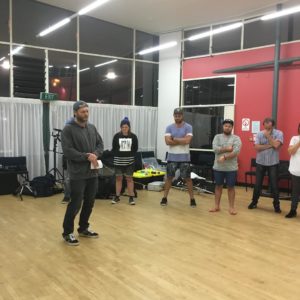 To ease into things on this project we decided to film the exterior of our youth scene first, which was really straight forward with no dialogue. We had a number of youth come join us for the shoot which we were so thankful for. 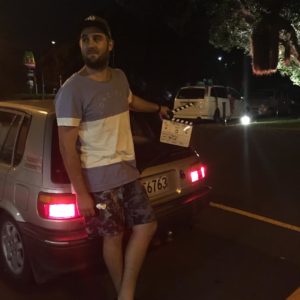 Had the first of many intense moments like when poor Corinth missed her flight up from Gisborne. Luckily the Air New Zealand lady felt sorry for her and put her on the next flight for free. Phew!

So grateful and such a relief. Thankfully Ben was able to race out and get her while we were setting up for the shoot. Corinth was straight off the plane and onto set…

The team talk about shots… 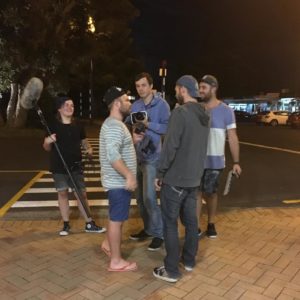 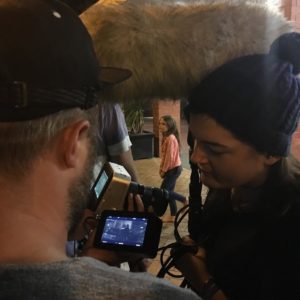 The scene went really well, we are making sure that we get all the standard shots we need before moving onto more creative ones… this feels like it could be a good plan going forward. 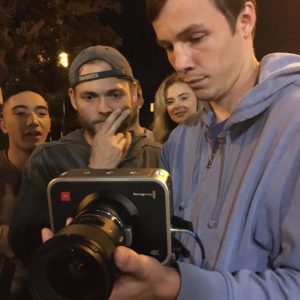