We were then straight into filming our hospital scenes. Had a panicky morning as the hospital we had organised to film in just was not going to work as they were absolutely packed.

Thank goodness for Leanne Mortlock and Aria gardens. One of the rooms there had become available and we were able to shoot there, so we moved all our gear and the team over to Aria gardens. We were now running a bit behind time so had some catching up to do.

Michele made us all a fantastic lunch of rolls which we enjoyed in the sunshine and after dressing the set, we got to work.

We ended up being there until quite late but got all the footage we needed. Wayne and Katy gave great performances as did Josh and Jol. Very cool. 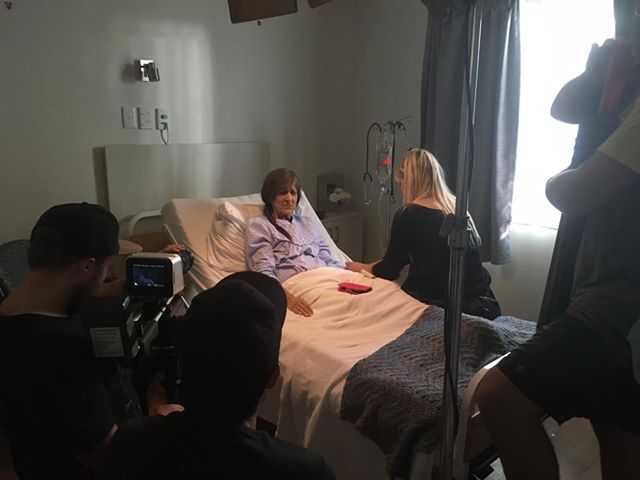