Today was another really early start to capture dialogue… it’s going to be a long day as we are filming the ambulance scene tonight.

We headed just around past Wainui beach to a more sheltered area… it was absolutely freezing… Yesterday’s mishap had nothing if not that Josh and Sammi’s wetsuits weren’t quite doing their job thanks to two rather large holes perfectly placed in the back. Anyone who is in production knows that gaff tape can be used for pretty much, absolutely anything … here is another use you may not have thought of… We then headed out into the water. The light was gorgeous and we were absolutely thrilled with the result of the shoot. Also thank you to Paul who came down with Ruby and ended up becoming an assist… there is no room for any slackers on a small crew and you rose to the occasion.

We then headed back to the bach to warm up and get started shooting more of our scenes.

As Josh (Logan) was already wet and in his wetsuit we decided that it would be perfect to film his scene at the beginning of the film with Murphy (Jol). It was a perfect blue sky day and after the whole journey it was pretty cool to film this scene last in the order as now the guys are comfortable together and have built a relationship over the process … it comes across now like the two have history … couldn’t have been more perfect!

Was a bit emotional wrapping Jol, we all sort of stood around for a moment to reflect on the process and all the incredible people we have met so far … so grateful to have these people now part of our lives. We then went back to base for a shower and break heading into what became a big night.

We would love to say a huge thank you to the St John ambulance who had to not only turned up to act on set, but had to organise a whole other crew to actually be on duty in real life! You guys went over and above, a special thank you to Mitch and Victoria for your help bringing this together we are so grateful. We were also joined on set by Murray who went really out of his comfort zone, like he had done the other night to play a policeman… (not like he has had any practise or anything haha) Thanks Perak for making sure he was there on time! 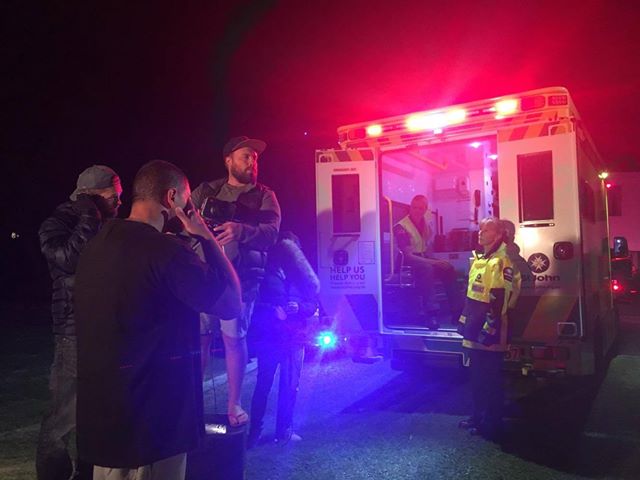 We also took a cool late night crew shot! The shoots are going by so quickly and it’s easy for your anxiousness for things to go well to stop you enjoying the process. You have to make sure that you keep reminding yourself that you are flipping making a movie and that is the dream… how fortunate are we! 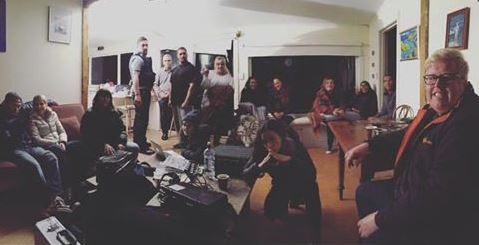