Smashed by the Surf

A very early start for the crew today to capture the sunrise and some golden hour shots on Logan. Here we are giving the sun a wee boost with one of our red heads. 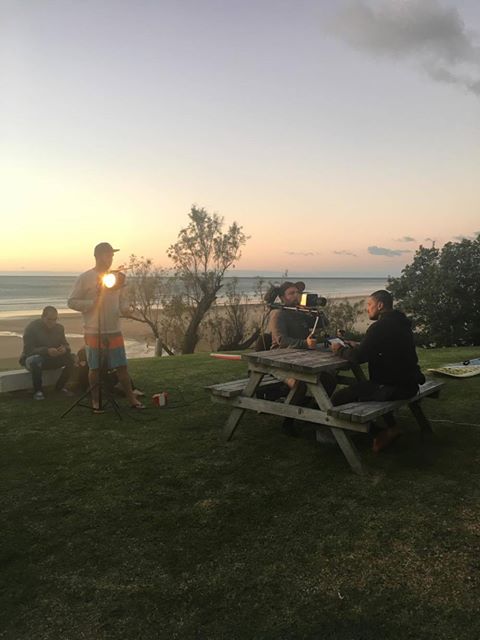 It was then time to ‘wet suit up’ to film some of our surfing scenes. Josh told Tarry that the waves were too big to capture what we needed but Tarry is such an optimist that we went ahead… Of course there were no “I told you so” comments at all … haha. We just came in quietly and began to clean the gear. There was a lot of relief that none of our gear was damaged and after a bit of a laugh we all put it down to inexperience… one that we will not repeat that’s for sure!

We will need to give our gear time to dry out so our shoot tomorrow will have to be longer to capture what we need.

To make the best of the time the boys then headed up the coast to get some of the drone shots with Canaan and scout out some more sheltered areas to film the dialogue for our surfing scenes.